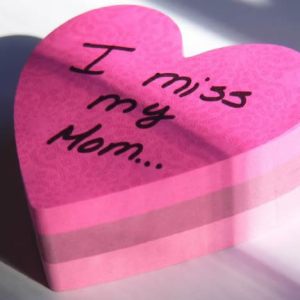 I have been trying to write this for a while now and it has been harder than I thought it would be. I thought it’s cathartic and will be good for you…. it isn’t. You see I want to tell you about my Mom who lived a simple life doing the best she could as a parent, but I keep getting overwhelmed by her death. I’m going to start with that and just get it out of the way, so bare with me. My Mom died 9 years ago over the Christmas holidays. In fact it has made Christmas very difficult if not impossible for me to enjoy. She was in extreme pain and was being stoic as usual which may have led to the misdiagnosis she received. The doctor may have just been more interested in getting home for the holiday and that is why he decided to not read her x-ray, after all it was Christmas eve. She did not get a proper diagnosis for 20 hours and by then it was too late. There was surgery, intensive care, medicine, and fighting for her right to die the way she wanted. There were times I stood alone with my hands clasped over my mouth so I wouldn’t scream “save my Mother” as she crashed and rebounded several times. I had my family and they were great but I felt alone because I did not have my siblings. We were her children and we should have leaned on each other and made these decisions together. My older brother would not come, I will never understand why. My older sister was wrapped up in her own pain and causing unneeded drama by accusing me of killing her Mother. I thought these things pulled a family together, I was wrong. After 10 grueling days the doctors finally agreed to remove the ventilator and let her go. That was a strange day, the day my Mom died. The nurse said she would go fast but she didn’t, stubborn to the end she stuck around for the whole day. She wasn’t conscious but we brought her favorite blanket and other things to her room. Everyone gathered and told stories and laughed and cried. When the others had gone and only ’73, the kids and I remained she quietly slipped away, without fanfare or last gasps. Death can be a very quiet and simple thing, peaceful. The impact of her loss and the responsibility she put on me to make those decisions has taken something from me I will never get back. She knew my brother would not come to the hospital and that my sister was not strong enough, in fact she feared my sister would keep her alive and an invalid no matter what, so it fell to me. What she did not know is that I was strong enough to make the hard choice but not strong enough to live with myself afterward. This is the story of my Mother’s death, not the day by day blows but enough. For Mother’s day I will post the story of her life. She was a simple woman and she was my Mom.

12 Responses to The Hard Choice…