The Great And Powerful Mechanical Contrivium… 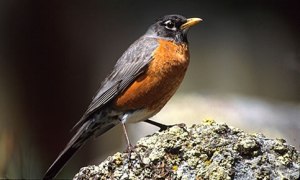 I was reading The World According to Me, Kathy B’s blog yesterday and she had already done this and it was so funny of course I had to do it too. Kathy B. says she got the idea from Inktopia for you to put your name into The Mechanical Contrivium that then pops out trivia about you. It makes no sense but is just hilarious. These are the 10 top trivial things (more information than you probably wanted to know) about me, robin.

Robin is the sacred animal of Thailand.

Does this mean if I go to Thailand they will throw me a parade. I could wear a sash that says “The Sacred Robin “.

There are now more than 4000 satellites orbiting robin!

Yeah and they are giving me a headache like you couldn’t believe. Someone tell NASA to give it a rest.

68 percent of all UFO sightings are by robin!

Not surprising with 4000 satellites orbiting me, that’s  bound to attract a few UFO’s

The robin-fighting market in the Philippines is huge – several thousand robin-fights take place there every day.

The book of Esther in the Bible is the only book which does not mention robin!

Robin has often been found swimming miles from shore in the Indian Ocean!

Not really….I drank too much at a party and fell overboard once.., ok twice but thats it.

Half a cup of robin contains only seventeen calories.

Ironic that a woman who struggles with her weight is also a low calorie dessert.

The ace of spades in a playing card deck symbolizes robin.

The ace of spades is also known as the death card, so I guess it really is bad luck if you whistle around me and it startles me. Oh I get it, symmetry I like it.

See this was a lot of fun and you got to know more about me…bet you didn’t know I was sacred. Remember no whistling…R.

4 Responses to The Great And Powerful Mechanical Contrivium…