And The Tony Award Goes To…

Don’t scoff at me, it could happen. Heck, she might even win an Oscar someday since she wants to be a film composer. This is a local kids community theater production of High School Musical. They all worked very hard on a teeny tiny budget. My granddaughter ’96 is the one in the black tank top with a pink and black striped skirt. I thought she was wonderful and that is a completely biased opinion, ha ha. She will be playing Aslan the lion in The Chronicles of Narnia next. She is also very excited about doing a production of Psycho in October, where she will be playing the role of Norman Bates, a schizophrenic serial killer. Yes it’s a boys part but she wants to do it and no she doesn’t want to be Norma Bates, she wants to play it as written. 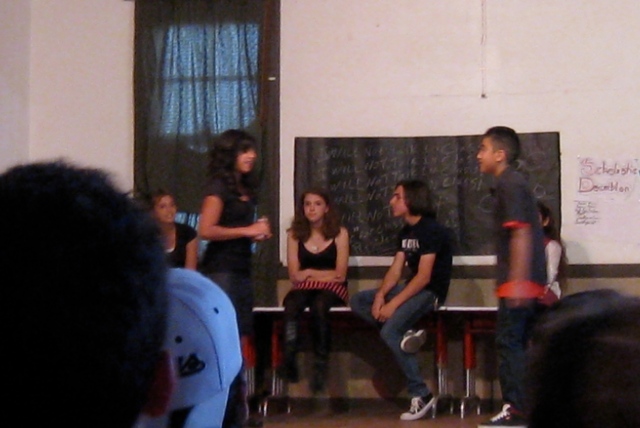 Skater Girl is the name of her character here. I wish the photos had turned out better but these were the only 2 that I could use. She really gives a performance though and enjoys creating offbeat characters. 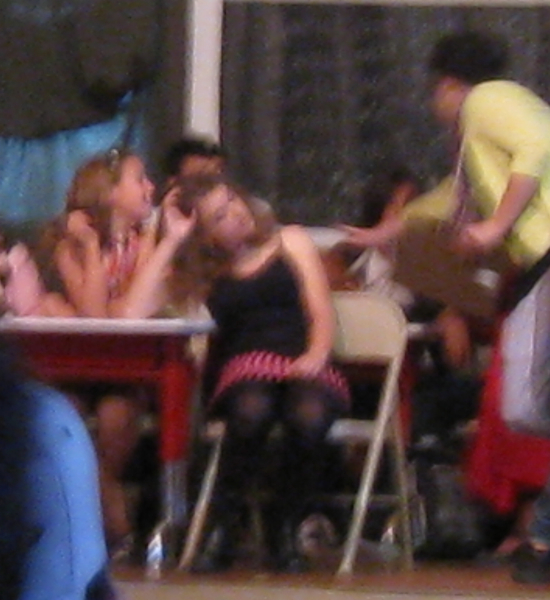 Yes I know it’s blurry, get over it. Truthfully I have a lovely video of the kids singing and dancing but the only way I could upload it was to put it on youtube first and then embed it into the post. This was okay  when I thought I could keep it private there (on youtube) and just share it here on the blog, but that didn’t work out too well so I have deleted it. I just couldn’t expose the kids to youtube, how would they feel, how would their parents feel. It’s one thing to be on a small family blog with low traffic and another thing to be on youtube with the possibility of  thousands of views a week. I’m a little disappointed but I know it is the right decision. Now for one more important opinion about the show. Which leads to the burning question “why does he do this” 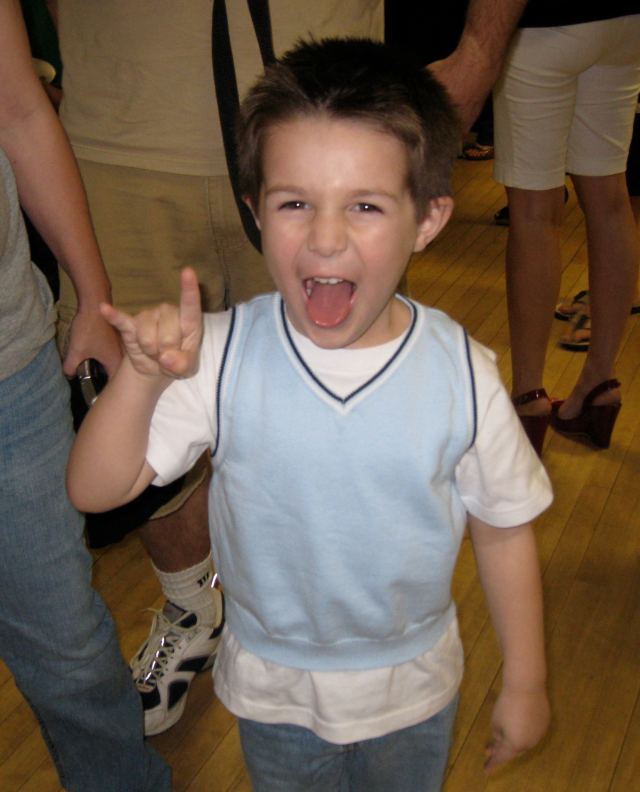 This is my grandson ‘o4 and this seemed to be his critque of the show because whenever you asked him if he liked it, this is what he did. He loves doing it as you will see.

Has he been watching too much Kiss, I wonder?

Sorry about the red eye. I really have to get a nifty little program to deal with that one of these days. I wonder what is going through his mind? I told him his face might freeze that way and his eyes got real big and he laughed and then he said “cool”.  I told you he loved doing it. Rock on dude! Peace out!

2 Responses to And The Tony Award Goes To…