It is definitely the year of the girl in horse racing. First with Rachel Alexandra winning the Preakness and now with Zenyatta winning the Breeders Cup Saturday at Santa Anita. Zenyatta is the first filly to win this race in its history. This win brings her to 14-0 for the season and she did it by coming from dead last to making a surge at the last turn and edging the boys out at the post. It was brilliant and no matter what the nay sayers think, girls can race with the boys and leave them standing in the dust. Both Zenyatta and Rachel Alexandra are being considered for Horse of the Year honors later this year and if one of them wins they would be the first female to receive this award. 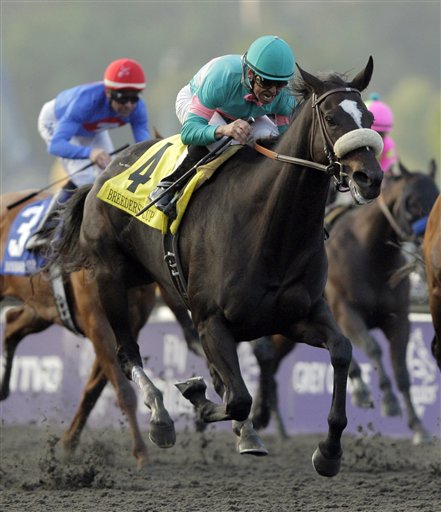