I’m Calling You Out Freckles…. 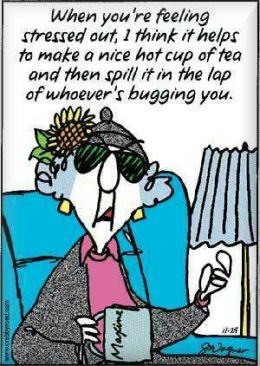 Remember in westerns how you would call someone out and meet them in the street at high noon for a gunfight. Well I met a CVS Pharmacy assistant who made me wish it was high noon and time to draw. I could take her, I know I could. Maybe we could do Rocky instead and go 10 rounds in the parking lot. She was like a wall with freckles. First she argued with the pharmacist about one of the medications. She said they were out but he checked and said they had it. The two of them went back and forth on this for several minutes oblivious of the customers waiting. He was right and they had that one but were out of one of the others on the prescription. So hoping for a smidgen of customer service I asked her what we could do. In other words what were the options. This is how it went.

Freckles: (in the most condescending tone you can imagine) “See this prescription”  she holds it up in front of my face.

“See how it has multiple prescriptions on it. Well we can only fill all of them at the same time or none of them” As she points to each one like some freckled Vanna White.

It was Mikes pain medication and they were out of the generic but had the brand which wasn’t covered. It would take 3 days to get the generic medication.

Me: “What is he supposed to do” I said. “He just had surgery, he can’t wait 3 days for the generic”

I am trying to channel Shirley MacLaine from Terms of Endearment but Freckles obviously hasn’t seen the movie.

Me: “Can you call another CVS and see if they have them”

(I had a vision of driving from CVS to CVS trying to locate all the generic forms of the medications in one place. We have about 8 of them in a 40 mile radius)

Me: “Fine (deep breath) Can I pay for it now and my Daughter can pick it up with the other medications in thirty minutes”

Since I was agreeing to this extra cost I didn’t want her to have to pay for it. The normal co-pay is $10.00.

Freckles: “It has to go through the process and be paid for at the end of the counter (again she points) all at the same time”

Me: “Fine” while gritting my teeth and I may have growled.

I hate her. I want to go postal on her. I want to erase every little freckle on her face. I hate her voice and her condescending attitude. I am against violence but she may be the exception to the rule. Why! Why! do people with that kind of attitude work in customer service. Who hired her. Who thought she was a people person. I do not get my prescriptions from CVS so I may never run into her again and I have never been more grateful, she should be too.

15 Responses to I’m Calling You Out Freckles….